Home LIFESTYLE OTHER He Came To Steal Instead He Was Stolen

He Came To Steal Instead He Was Stolen 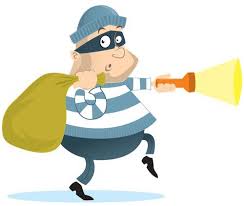 He Came To Steal Instead He Was Stolen

He came to steal. Instead, he was stolen

Imam Adh-Dhahabi narrates an amazing incident which truly illustrates what it means to use every opportunity to reform others.

A thief crept into the house of the famous scholar, worshipper and second generation Muslim, Malik Ibnu Dinar. Malik had renounced the world and had barely furnished his house with anything, and thus having found nothing of value, the thief tried to sneak back out when he heard.

"Asalaamu alaikum" Malik had called him.

Malik said to him,

"Since you haven't managed to find any worldly items, would you be interested in something from the Hereafter?"

Malik said, "Was yourself in that sink, then pray two units of prayer and ask Allah to forgive you." So the thief did just that.

The thief then said, "Sir, do you mind if I spend the night in your house?" Malik agreed.

The next morning, Malik took him to the Mosque to pray the Fajr prayer. People hadn't seen this man before and so they asked Malik, "Who is this?" He responded,

"This man came to steal from me so I stole him."

(From his book, Taareekhul Islam)

(1) The representative of Islam possesses a heart that remains composed in the face of testing encounters, as Malik greeted his burglar with Salaam.

(2) The representative of Islam invests in every opportunity to reform others. Malik did so despite being in the middle of his own crime scene.