Home CRIME The Objectives of The Islamic Penal System In Islam

The Objectives of The Islamic Penal System In Islam 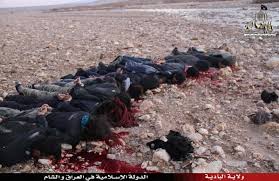 The Objectives of The Islamic Penal System In Islam

The Islamic penal system has many objectives, the most important of which are as follows:

The First Objective: Islam seeks to protect society from the dangers of crime. It is common knowledge that if crimes are not countered with serious punishments, then society will be in grave danger. Islam seeks to make social stability and security widespread, making life in society secure and peaceful. It has made this consideration a platform for action, legislating punishments that will discourage crime. This purpose has been articulated by the following verse that discusses retribution and its effects on society:

“There is (preservation of) life for you in retribution, O people of understanding, that you may become pious.” (Quran 2:179)

If the murderer, or any other criminal for that matter, knows the extent of the negative consequences for himself that his crime will cause, he will think a thousand times before committing it. Awareness of the punishment will cause the criminal to abstain from committing the crime in two ways. The criminal who has already been subject to the punishment will most likely not return to the crime again. As for the rest of society, their awareness of the effects of this punishment will keep them from falling into the crime. To realize a general effect from the punishment, Islam has established the principle of publicly announcing when it will be carried out. God says:

“…A group of the believers should witness the punishment.” (Quran 24:2)

The Second Objective: Islam seeks to reform the criminal. The Quran often makes mention of repentance in association with the crimes that it deals with, making it clear that the door to repentance is open whenever the criminal abandons his crime and behaves properly. It has made repentance a means of waiving a fixed punishment in some instances, like the punishment for highway robbery. God says:

“…except for those who repent before you take hold of them. Then know that God is the Forgiving, the Merciful.” (Quran 5:34)

God says regarding the punishment for fornication:

“It they both repent and mend their ways, then leave them alone. Verily, God is the Accepter of repentance, the Merciful.” (Quran 4:16)

God says after mentioning the punishment for false accusation:

“… except for those who repent afterwards and makes amends, then verily God is the Forgiving, the Merciful.”

God says after mentioning the prescribed punishment for theft:

“Whoever repents after his wrongdoing and makes amends, then verily God will accept his repentance and verily God is the Forgiving, the Merciful.” (Quran 5:39)

This objective is seen more frequently with regard to discretionary punishments, whereby it is incumbent upon the judge to take into consideration the circumstances of the criminal and what will insure his betterment.

The Third Objective: The punishment is a recompense for the crime. It is undesirable to treat a criminal lightly who threatens the security of society with danger. The criminal should receive his just recompense as long as he is pleased with taking the path of evil instead of the path of righteousness. It is the right of society to be secure in its safety and the safety of its individual members. The Quran has asserted this objective when mentioning a number of punishments. God says:

“The thieves, male and female, cut off their hands as a recompense for what they have earned...” (Quran 5:38)