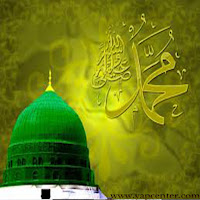 Once when Prophet Musa was addressing Banu Israel (children of Israel), he was asked: “Who is the most learned man among the people?”

“I am the most learned.”

Allah admonished Musa as He did not attribute absolute knowledge to Him (Allah SWT). So Allah instructed him to go to the junction of the two seas where he would meet one who was more learned than Him.

And (remember) when Musa (Moses) said to his boy-servant: "I will not give up (travelling) until I reach the junction of the two seas or (until) I spend years and years in travelling."

That learned man at the junction of the two seas was Al-Khidr.

When Musa met him and introduced himself, Al-Khidr asked:

“The Musa of Banu Israel?”

Musa replied in the affirmative.

The Quran then explains further:


Musa (Moses) said to him (Khidr) "May I follow you so that you teach me something of that knowledge (guidance and true path) which you have been taught (by Allah)?"

“Verily! You will not be able to remain patient with me, O Moses! I have some of the knowledge of Allah which He has taught me and which you do not know, while you have some knowledge which Allah has taught you which I do not know.

Musa assured him that he would be patient and not disobey him in any matter. Both of them set out walking along the seashore.

Soon a boat passed by and they requested the crew to take them on board. The crew recognized Al-Khidr and took them on board without fare.

Then a sparrow came and stood on the edge of the boat and dipped its beak once or twice in the sea. Al-Khidr said:

“O Moses! My knowledge and your knowledge have not decreased Allah’s knowledge except as much as this sparrow has decreased the water of the sea with its beak.”

Al-Khidr then removed one of the planks of the boat. Musa said:

“These people gave us a free lift but you have broken their boat and scuttled it so as to drown its people.”

“Didn’t I tell you that you will not be able to remain patient with me?””


[Musa (Moses)] said: "Call me not to account for what I forgot, and be not hard upon me for my affair (with you)."

The Quran describes that in this verse:


Then they both proceeded, till they met a boy, he (Khidr) killed him.

Musa (Moses) said: "Have you killed an innocent person who had killed none? Verily, you have committed a thing "Nukra" (a great Munkar - prohibited, evil, dreadful thing)!"

“Did I not tell you that you cannot remain patient with me?”

They went further till they came to a town. They asked the people for food, but they refused. In this town they found a wall which was on the point of collapsing. Al-Khidr repaired it with his own hands.

“If you had wished, surely you could have taken wages for it.”

“This is the parting between you and me.”

Al-Khidr then explained all his actions which had astonished Moses and made him question them. He said that the ship which he had damaged, belonged to a few poor people working in the sea. A king was behind them seizing every ship by force. So by making it defective, he had saved it for its owners.

As for the boy, his parents were believers, and there was a fear that the boy would oppress them by his rebellion and disbelief. So Allah planned to take him away and give them another child instead who would be more righteous and kind.

As for the wall, it belonged to two orphan boys in the town. A treasure was hidden under it which also belonged to them; their father had been a righteous man, and Allah intended to safeguard their treasure. Building the wall ensured that the treasure would be protected till they reached maturity.

Al-Khidr concluded that he had not done anything of his own accord but had followed Allah’s instructions.

Note: Remember we can learn from this incident about the weakness of human mind and limitations of human understanding. The example should make us remember and resolve never to have any misgivings, surprise or regrets about occurrences in our life that might temporarily inconvenience us or thwart our desires. After all, it is Allah Who Knows what’s best for us and He, The Most Merciful, plans everything for our benefit which is not immediately visible to us.

This story teaches us very important lessons. Some of these are:

Human knowledge can never comprehend Allah’s ways or the reasons for various happenings which Allah allows to happen.

Human beings are always impatient and seek immediate answers to all the occurrences that defy comprehension
Faith in Allah should make us accept His rulings without any questioning.

May Allah increase our knowledge and guide us to the right path and May He be sufficient for us all.‎