Home WOMEN Why Women Should Respect Their Husbands

Why Women Should Respect Their Husbands 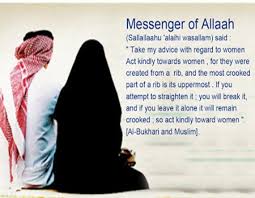 Why Women Should Respect Their Husbands

Praise be to Allaah.

What the Muslim has to do when he learns the ruling of Islam is to submit to it and believe in it even if he does not know the wisdom behind it. Allaah says (interpretation of the meaning):

He should be certain that there is the utmost wisdom behind all the rulings of Islam, but that wisdom may be hidden and he may not understand it. In that case he should realize that this is due to his lack of knowledge and the shortcomings of human intellect, which is not free of defects.

When a man and a woman come together in marriage and live together, there are bound to be differences in opinion between them, and one party must have the final say in order to resolve the issue, otherwise the differences will multiply and disputes will increase. So there has to be someone in charge, otherwise the marriage will founder.

Hence Islam made the husband the protector and maintainer of the wife and gave him the responsibility of heading the household, because he is more perfect in rational thinking than her in most cases. This means that it is obligatory for her to obey him. Allaah says (interpretation of the meaning):

“Men are the protectors and maintainers of women, because Allaah has made one of them to excel the other, and because they spend (to support them) from their means” [al-Nisaa’ 4:34]

Among the reasons for that are the following:

1 – Men are more able to bear this responsibility, just as women are more able than men to take care of the children and the household affairs. So each of them has his or her natural role and position.

2 – In Islam, men are obliged to spend on their wives; the wife does not have to work or earn a living. Even if she has an independent income or she becomes rich, the husband is still obliged to spend on her as much as she needs. Because he bears the responsibility of spending, he is made the protector and maintainer of his wife and is put in charge (of the household).

Hence we see chaos in the societies which go against that: men do not shoulder the responsibility of spending on their wives, and wives are not obliged to obey their husbands; they go out of the home whenever they want and leave the marital nest empty and neglect their children. A woman has to work hard even if that is at the expense of her house and family.

We should also take note of the following points:

1 – The woman will be rewarded by Allaah for her obedience to her husband.

2 – This obedience should not involve disobeying Allaah. The Prophet (peace and blessings of Allaah be upon him) said: “There is no obedience to any created being if it involves disobedience towards the Creator.”

3 – Just as the husband has the right to be obeyed, Islam also tells him to treat his wife kindly. Allaah says (interpretation of the meaning):

[al-Baqarah 2:228]
So he should not mistreat or oppress her, or issue harsh commands to her. Rather he should deal with her in a wise manner, and tell her to do things which are in her interests, his interests and the interests of the household, in a kind and gentle manner.

The Prophet (peace and blessings of Allaah be upon him) said: “The best of you is the one who is best to his wife, and I am the best of you to my wives.”.