Home OTHER Easy Steps to Talk to Your Kids About Sex

Easy Steps to Talk to Your Kids About Sex 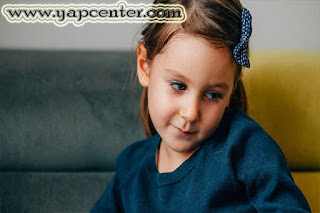 Easy Steps to Talk to Your Kids About Sex

It doesn’t have to be uncomfortable

Parents influence their kid's attitudes about sex and relationships more than they realize. It’s a myth that all teens want to avoid talking to their parents about sex and dating. In fact, many young people want more guidance.

In a new report based on surveys with more than 2,000 high school and college students across the United States, researchers at Harvard University argue that many parents worry too much about a youth hook-up culture that doesn’t actually exist. Not only are few young people having casual sex, but most aren’t even interested in it.

Instead, the researchers found that teens and young adults are confused and anxious about how to develop healthy romantic relationships. Even worse, they found that sexual harassment and misogyny are pervasive among young people, and sexual assault rates are high.

The solution? According to the researchers, parents need to be having deeper conversations with their kids about love, sex, and consent, among other important topics.

The report suggests that young people would welcome this parental guidance. About 70 percent of those surveyed said they wished their parents had talked to them about the emotional aspects of dating.

Most had also never spoken with their parents about basic aspects of sexual consent, such as “being sure your partner wants to have sex and is comfortable doing so before having sex.”

But many parents feel uncertain about how — and when — to talk to their kids about sex, and everything that goes along with it.

It’s a discussion that needs to start long before puberty begins, says sexuality educator Logan Levkoff, PhD. “It is our responsibility to talk about sexuality and sex from birth on,” she explained.

Levkoff, who wasn’t involved in the Harvard research, emphasizes the importance of talking to kids about all the nuanced topics surrounding sex — like gender roles, communication skills, and healthy relationships.

The good news is that these discussions don’t need to be uncomfortable for anyone involved.

Pop culture tends to frame “The Talk” as a one-time event that’s as awkward for parents as it is for kids. But it should really be multiple talks throughout the course of childhood and adolescence.

“The primary guidance we give to parents and caregivers is ‘talk early and often,’” says Nicole Cushman, MPH, executive director of Rutgers University’s Answer, a national organization that provides comprehensive sexuality education resources.

The goal is to normalize sexual education when kids are young, so talking about it is less intense when kids are older and there’s more at stake.

By having an ongoing conversation about sex, Cushman says, “it becomes a normal part of the conversation and that takes the awkwardness out of it.”

“Making sex no big deal to talk about from day one will most likely foster trust in you with your kids,” explains Elle Chase, ACS, a certified sex educator. “This is very helpful when they want to come to you later with questions.”

How to talk to small children

It’s common for parents to be nervous about introducing sexual concepts to children when they’re too young. But one straightforward way to introduce these ideas to small kids is by teaching them the correct names for body parts, rather than using euphemisms or slang, suggests Cushman.Levkoff agrees, saying parents can teach the correct words for genitals as early as when kids are on the changing table.

Having the correct language to talk about body parts helps reduce the stigma surrounding sex, and it also better equips kids to speak to parents, counselors, or medical professionals if there’s ever a problem.

Parents can also take advantage of the natural curiosity that little kids have. When young children ask questions, parents can “respond in very simple terms to the question being asked,” Cushman says. What not to do, she warns, is to freak out that the subject has come up, and deliver a panicked spiel that might confuse or upset the child.

It’s also never too soon to talk to kids about bodily autonomy and consent. Levkoff suggests that in the younger years, one way to broach the subject is to talk about consent as permission.

Children will already be familiar with the concept of not taking something without permission when it comes to toys. That can easily translate into getting and giving permission with our bodies, and respecting boundaries when someone says no.

The younger years are also a good time for parents to introduce discussions about gender, says Levkoff. A conversation could be as simple as asking a toddler what toys they played with at school. Parents can emphasize that it’s okay for girls and boys to play with any toys they like.

How to talk to preteens

By the age of 9 or 10, children should learn that their own and other people’s bodies will begin changing soon, in order to activate the reproductive system, says Levkoff.
Source: www.yapcenter.com
Toward the end of the elementary school years and into middle school, it’s also important for parents to talk with their children about communication skills within relationships. Although most kids at this age won’t be dating yet, Cushman says it’s important to establish these building blocks for when they become interested in romantic relationships later on.

How to talk to teenagers

These are the years that parents who try to discuss sex with their kids are mostly likely to hear “Ew! I don’t want to talk about that with you!” or “Ugh, mom, I KNOW!”

Levkoff urges parents not to be swayed by their kids’ protesting that they know everything about sex. Parents can remind their kids that even though they believe they already know it all, they need to talk about sex together anyway.

They can ask if their children will just hear them out. Kids may grumble about it, but they’re still listening to what their parents say.

It’s important to remember that talking about sex doesn’t just mean talking about how to prevent pregnancy. Parents need to discuss safe sex, too. Ella Dawson, who spoke publicly about her herpes diagnosis during a TEDx Talk, wants parents to be thoughtful in the way they discuss sexually transmitted diseases (STDs).

She urges parents to frame STDs “as a normal risk to sexual activity that they may encounter during their lives,” and not as a punishment. Parents who hype STDs as terrifying and life-ruining could have the opposite effect of scaring sexually active teens away from getting tested, Dawson warns.

“It’s more productive to talk about STDs as common health conditions that should be taken seriously, but not feared.”

With younger children, parents can acknowledge that the touching is happening by saying something like, “I totally understand your body feels really good,” Levkoff suggests. Then parents can suggest that kind of touching be done in private and, if kids want to do it, they should go to their rooms to be alone.

Simply put, when kids are touching themselves, it’s an opportunity for parents to teach them in a nonjudgmental way that our bodies are capable of much more than just reproduction. “There’s nothing wrong with feeling pleasure,” says Chase. “Putting that concept into an easily digestible, age-appropriate context can help to relieve your child of any shame they might be holding around it.”

Talking about life, love, and ethics

There will be many opportunities throughout a child’s lifetime to talk about all different aspects of sexuality. What’s most important is that parents broach these topics early and often enough, so that these types of discussions feel normal.

Building a foundation for open communication can make it easier to delve into more complex aspects of sexuality that kids will face as they get older, such as love, healthy relationships, and ethics.

According to the Harvard researchers, these key elements are missing from the talk most parents and other adults have with young people about sex. To make it easier for parents to start having these conversations, the research team put together a set of tips.
Defining what a healthy relationship looks like

When it comes to love, they recommend that parents help teens understand the differences between intense attraction and mature love. Teens may be confused about whether their feelings are love, infatuation, or intoxication. They may also feel uncertain about how to identify markers of healthy versus unhealthy relationships.

Parents can guide teens with examples from the media or their own lives. According to the researchers, those key markers should revolve around whether a relationship makes both partners more respectful, compassionate, generative, and hopeful.
Defining harassment and discrimination

In order to develop healthy relationships, teens need to understand what it means to be respectful in the context of sex and dating.

The researchers recommend that parents explain what common forms of misogyny and harassment — such as catcalling — look like. It’s also vital that teens see adults step in and object to those types of behaviors in their community.

The bottom line is that being an ethical person is a fundamental part of having a healthy relationship — whether it’s a sexual relationship or a friendship. When parents help their kids understand how to be respectful and caring to people of other genders, the researchers say it may help them develop “responsible relationships at every stage of their lives.”

Some parents may feel uncomfortable discussing sex and romantic love with their children, but it’s important to remember that kids may have no other reliable source of information. The quality, accuracy, and availability of sex education in schools varies dramatically across the United States.

“Sex ed in schools is abysmal,” says sex educator Gigi Engle. “Do not rely on the public school system to give your child the important information they need about sex. You have to have these conversations at home.”

Some reactions to the article were positive, but one mother made headlines by releasing a Facebook video of her burning a copy of Teen Vogue and demanding a boycott of the magazine, due to the content.

It’s just one example of how politically charged and controversial sex ed remains today. Even when young people ask for more high-quality information about sex, it’s still controversial to give them the details.

You can add yours on the comment section below. . .