Rejection and Rejecting Someone You Don't Love Without Hurting Them 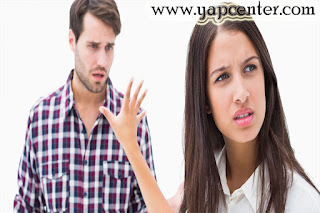 Rejection and Rejecting Someone You Don't Love Without Hurting Them

Giving false hope to someone you don't love is childish and very wrong. Its better you tell them the truth than posting them, receiving gifts from them and giving them false hopes. In the case of rejection we don't have the ability to change someone's mind. That person has their free will to choose who they want to be with and those they don't want to be with.

Before rejecting a guy;

- If it's a nice person, be polite

- Send a text if you're bad with words

- Treat them with respect

- Make sure to sandwich the rejection with compliments

- Don't try to push for friendship just yet

- Prepare for an uncomfortable moment

- Be honest if you want to reject him nicely

- Learn to be assertive to reject a guy nicely

- Be sure of what to say to reject him nicely

- Understand his reactions once you reject him

- Be honest
- Prepare yourself

- Do it face to face

- Stick with "I" statements

- Know that what you're feeling is normal

- Avoid putting it off

- Tell the guy you don't like him in person. One way to try to get him to stop liking you is to simply tell him that you're not interested in person

- Don't point out what's wrong with him

If you're wondering if dating someone who rejected you is a good idea or not, it is first important to look at what your motives are. Are you simply trying to prove them wrong or seek validation, then that is probably not a good reason to date them. If you can't do this, then dating them is not a great idea.

It’s a tragic part of life that we all must go through at least once; both men and women alike. If you have feelings for someone and you suddenly find yourself sanctioned in the dreaded "friend zone", you start to evaluate every tiny little aspect of yourself and your personality to answer the question of "why." While men whine about being cast to the zone and blame the person doing the casting, women just blame themselves. No one likes rejection, but it’s a part of the dating process.